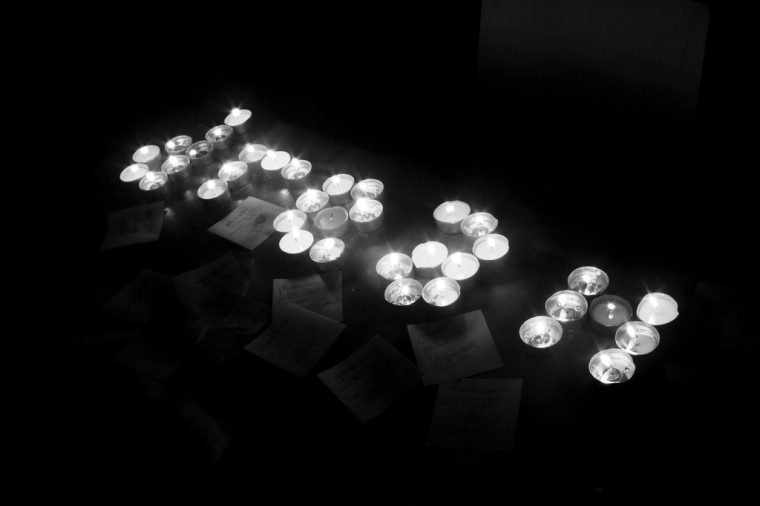 I am told that just before dawn,
there is a moment
when it is neither dawn nor night.
It is a blink after the dark
and a flash before the light.

It is promise of life held in an instant;
moving but not yet ours to see;
suspended between what was,
and what is yet to be.

We exist in this holy interregnum,
for the old is past, and behold a new day,
but not yet. Not yet.
In this moment between movements,
we strain and ache for the promised
joy that comes with the morning.

This is time between time,
a breath between days;
the rupture of epochs:
marking a border between the inauguration
and the consummation of all things.

Here, the Word whispers softly,
disturbing our sleep,
so that we might awaken
in the embrace of the son,
whose life is the light
that illuminates the world.

This is the moment when all is quiet
before creations sings.
A stillness heard so deeply
it is barely heard at all.

It is advent,
the silence
between notes.

I know it is a little late for posting Advent poems, but I just came across this one which I would have posted if I had found it earlier!

Pictures are from Jonny Baker on Flickr – here and here 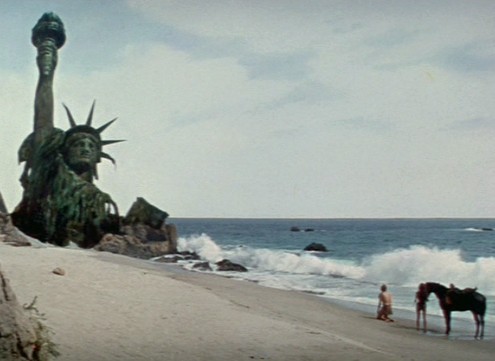 Given the season … I thought I would post my top ten favourite film endings (in no particular order):

Well… December has passed in a blur of activity… snow showers and freezing conditions. And I have been rather devoid of inspiration for the blog. Usually during Advent I find lots of stuff which inspires me to post… but this year not so much. Maybe just a reflection of how I have been feeling of late? I am aware of losing focus (for a number of reasons) and letting myself drift. I have some hard decisions … and some resolutions to think through for 2011.

In the meantime… I thought I would post this from Madeleine L’Engle:

“Was there a moment, known only to God, when all the stars held their breath, when the galaxies paused in their dance for a fraction of a second, and the Word, who had called it all into being, went with all his love into the womb of a young girl, and the universe started to breathe again, and the ancient harmonies resumed their song, and the angels clapped their hands for joy? Jesus was the firstborn of many brethren. I stand … looking at the sky full of God’s children, and know that I am one of them.”

(Picture is ‘the beginning’ by Mike Lockie on Flickr)

So… I have been trying to avoid writing a weather-related post… but it is impossible.

Yesterday I officiated at my first wedding. I left the house at 12pm in the pouring rain and my main concern was whether or not my croaky voice would hold out for the duration of the 30 minute service.

By the time I arrived at the church (in the next town – a mere 1.5 miles from the manse) it had begun to sleet. Ten minutes later it was white out!

Over the next 45 minutes the piper, the organist and a about half the wedding guests arrived…

By 1pm – the time the wedding was scheduled to begin -I had ushers, the best man and the groom. A few anxious calls later the police gave the estimated time of arrival for the bride as 2.15  – her vintage car was coming down from Glasgow on the back of a recovery lorry because of the weather. It got caught in the chaos caused by a jack knifed lorry… in short no one was going anywhere fast in North Ayrshire and certainly not without being in a police -led convoy system!!

The wonderful people at the church provided tea and biscuits for the guests which had arrived and generally looked after us all. (To explain I was not conducting the wedding in my own church due to our on going building issues). One lady even cleared the slushy snow from the front of the church while we were all sitting cosy inside.

By 2.15pm I had four bridesmaids and a flower girl… and finally at 2.50 or there abouts the bride arrived!! And after five minutes of deep breathing in the entrance porch of the church to calm the bride’s by now totally frayed nerves… the organist was at last able to strike up the opening bars of the Bridal Chorus.

The ceremony went off ok and my voice held out (probably due to the fact I had overdosed on cough sweets by this point) although I did ask the wrong person to sign as one of the witnesses!! In my defence he had the same first name as the actual witness!! Fortunately the groom spotted my error in time!!

Well… they say you will never forget your first wedding!!

By the time I eventually left the church the snow had stopped and I headed for home. Wonderful husband picked the kids up in Troon and it was by all accounts a most unpleasant journey.

I didn’t realise just how bad the weather actually was until I turned on the news… seeing all these people trapped in their cars for hours …with hours more to go… made me realise how fortunate we had been and that in the great scheme of things a two hour delay to a wedding was pretty small beer.

Today… I stayed in the house and looked at all the pretty snow… now frozen solid… and gave thanks that I was able to stay safe and warm indoors and nurse my cough and cold.

A wonderful Advent liturgy from Mucky Paws which I first posted back in 2008. I used it this morning at the end of the service.

I love the imagery – rumours of angels and stars… God slipping into skin… coming again to a frantic and worried world.

The title (Quiet Advent) is a little ironic for me as my voice is vanishing fast – not good in a week with a wedding (tomorrow) and recording my radio slots (Tuesday)… hey ho!

I slipped a copy of this liturgy into the back of my folder for the service in the hope that I would have enough voice left to read it before the benediction! (I did – just).

I am now tucked up at home trying not to talk too much – the radio recordings can be postponed… the wedding – well not really!! I am coming to the conclusion that (at this time of year particularly) every minister needs an understudy!!